This page is under construction.

Unless otherwise noted, the sites listed here are privately owned, and trespassing is forbidden.

The Lyman Orchards Apple Barrel market sits on part of the acres originally purchased by John and Hope Lyman in 1741. It is open to the public seven days a week, from mid-March through the end of December.  For more information: http://lymanorchards.com/apple-barrel/.

The Lyman Homestead, at 3 Lyman Road, Middlefield, was built in 1864 on the northeastern corner of the land originally purchased in 1741 by John and Hope Lyman. The Homestead is listed on the National Register of Historic Places. The saltbox house first occupied by John and Hope Lyman was located about 150 feet southeast of the Homestead, on what today is part of the Lyman Orchards golf course. That original house was razed in the late 1700s. Open by appointment only.

The Old North Burying Grounds on Jackson Hill Road is the final resting place of members from five generations of the Lyman family.  Centuries of weather and pollution have worn down the inscriptions on many stones, and completely destroyed others.  The graveyard is open to the public. Please treat the stones with care, and don’t perform gravestone rubbings, which can damage them.

John Lyman would have been interred here, probably without a stone to mark  his grave. Family members whose stones still stand as of 2017 include: 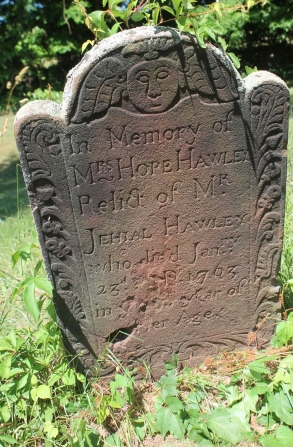